As you no doubt are aware, the New York Times recently ran an in-depth story on the crisis of child sexual exploitation, correctly describing it as at “the breaking point.”

The Times quoted Alicia Kozakiewicz, looking back on her Congressional testimony for the PROTECT Our Children Act of 2008, which authorized the Internet Crimes Against Children (ICAC) task forces to be funded at $60 million a year:

“I remember looking around the [hearing] room, and there wasn’t a dry eye,” said Ms. Kozakiewicz, 31, who had told of being chained, raped and beaten while her kidnapper live-streamed the abuse on the internet. “The federal bill passed, but it wasn’t funded. So it didn’t mean anything.” [emphasis added]

“…is putting countless children at risk. Not only are we depriving local law enforcement agencies of the resources they desperately need, but when we fail to fund these programs at an appropriate level, we send the message that we do not take this problem seriously.”

To some extent, we understand that this failure might be the result of the normal budgeting and appropriations processes, rather than your own values as parents, citizens, and Members of Congress. No fewer than 14 current members of the House and Senate Appropriations committees co-sponsored either the 2008 bill or subsequent reauthorizations, setting ICAC funding levels at $60 million.

Yet despite this, the ICAC program — buried deep in the Office of Justice Programs budget — has been treated by your committees as just another state and local law enforcement program, subject to minor plus-ups at best. Compounding this, three successive administrations have failed to ask you for appropriate increases. 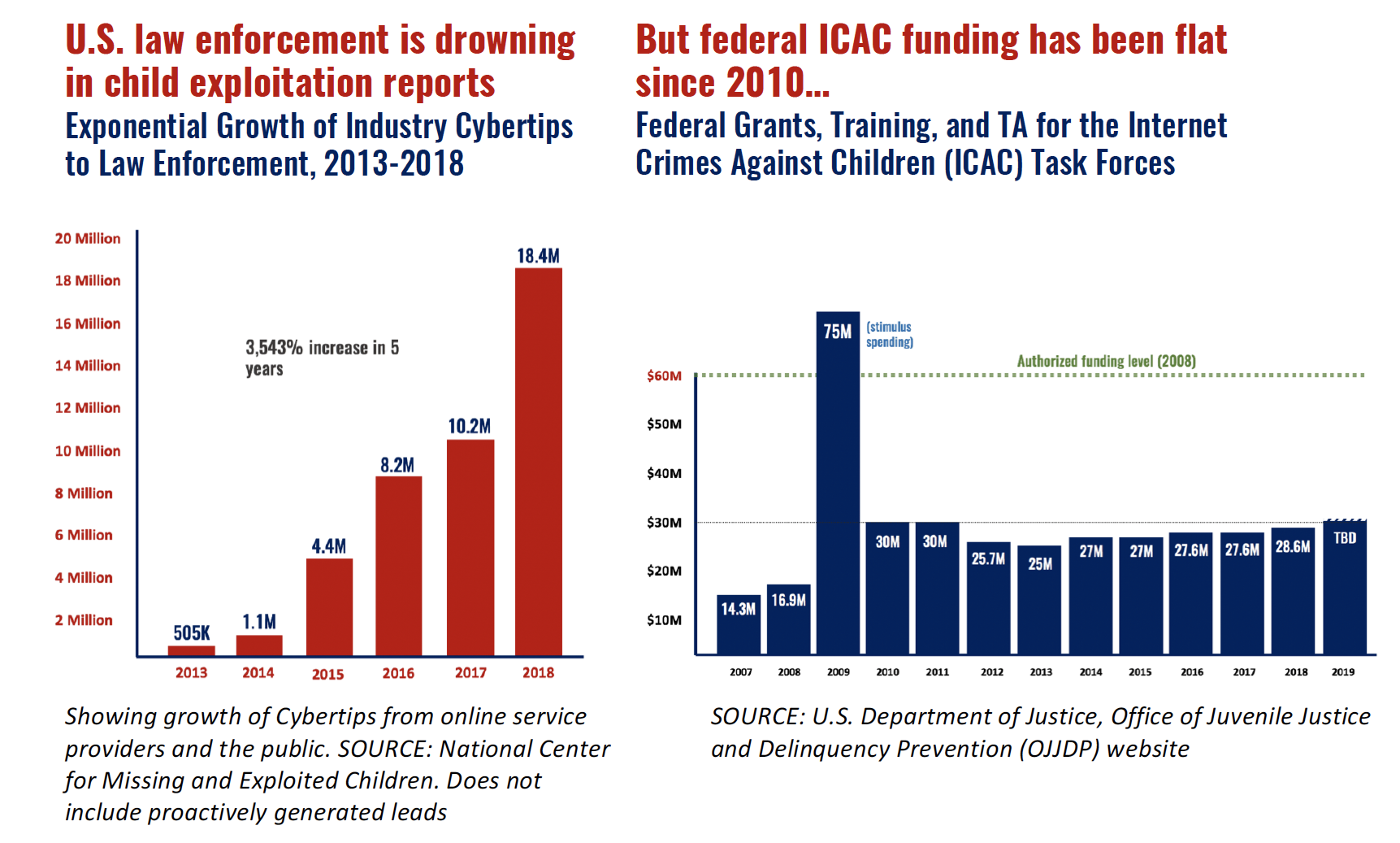 Please make no mistake, Senators Blackburn and Blumenthal are correct that these appropriations decisions are putting children in danger.

Every single day, in each of your states, children will be sexually assaulted by predators on law enforcement radar, predators who were allowed to remain at large simply because funding was not available. If you doubt this is the truth, please ask the men and women on your ICAC task forces.

We request that you revisit ICAC funding when conferencing the FY20 CJS appropriations bill. Specifically, we ask that you increase ICAC funding to $60 million, with some additional funding for the National Center for Missing and Exploited Children to support their investigations. We suggest reprogramming other state and local law enforcement funds (such as Byrne grants) as a germane offset.