Crimes Covered on This Site

This site allows you to search by three crime types. Here’s more about what those crimes are:

This is the largest grouping of sex crimes in Minnesota. To get the most general idea of how your county is doing, we recommend starting here.

In Minnesota, Criminal Sexual Conduct (CSC) is the umbrella category for rape, sexual assault, and child sexual abuse. State law breaks down CSC crimes into five categories, First Degree through Fifth Degree. On this website, we have included only felony cases.

In layman’s terms, Criminal Sexual Conduct in the First Degree is first degree rape. The law defines CSC 1 as “sexual penetration with another person, or in sexual contact with a person under 13 years of age.”

It is important to note that lesser degrees of criminal sexual conduct do not necessarily mean that the crime was less harmful to the victim. Sexual conduct or “contact,” especially against a child, can have devastating impact even if no sexual penetration takes place. Often, the most serious and violent sexual assault will be charged or pleaded down to a lesser offense because that is what can be proven successfully in court.

Minnesota law has a prominent loophole for criminal sexual assault against children by family members. The law allows probation even for first degree rape of a very young child, if the court finds that it is in the “best interest” of the “family unit.”

You can read the Minnesota laws on CSC crimes here:

Child Sexual Exploitation crimes involve the production, dissemination, and possession of video and images of children being raped, sexually abused, and sexually displayed (“child abuse imagery”). This category also includes a smaller number of cases for solicitation of children to engage in sexual conduct.

Minnesota law refers to child abuse imagery as pornography and classifies it in the criminal code under “Abortion, Obscenity, and Nuisance.” However, that language is antiquated and harmful. These images are not “pornography,” they are crime scene recordings, depicting the most horrific moments of a child’s life. 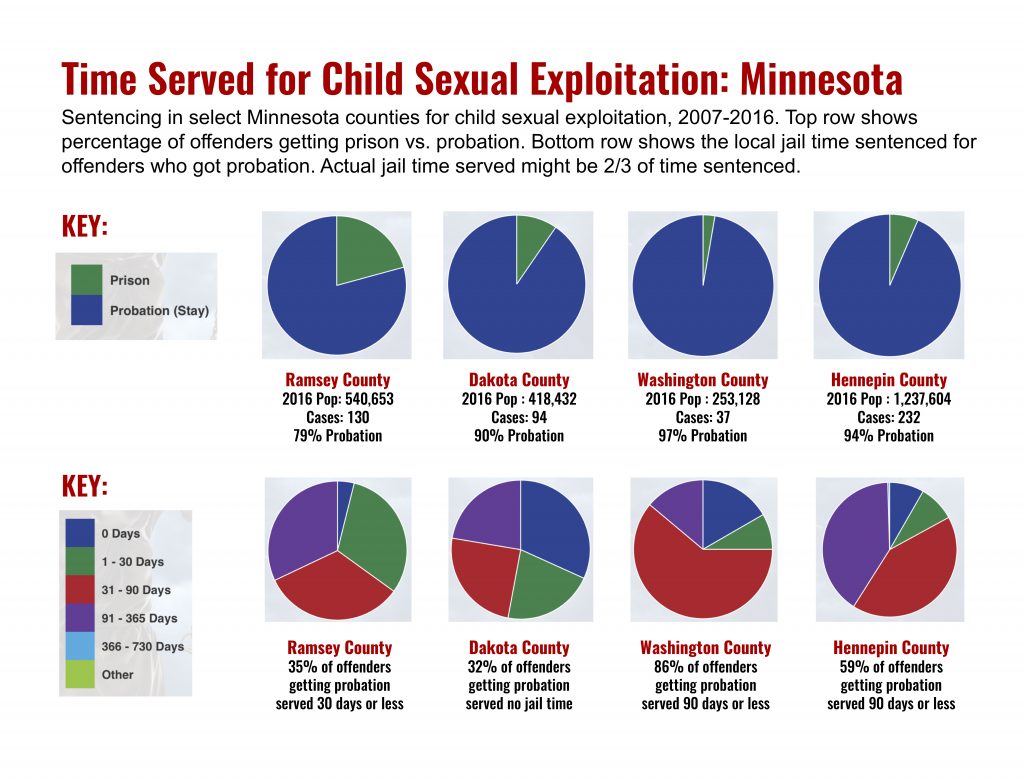 Law enforcement experts have consistently testified before Congress and state legislatures that most “collectors” of these images have imagery of very young children, including infants and toddlers, being raped, bound, gagged, and often tortured. Extensive academic research shows that at least 55% of possessors of this imagery are hands-on, or contact, offenders, with local child victims.

We know of no state in the U.S. that compares with Minnesota’s shockingly weak sentencing for child sexual exploitation.

The map below was generated from the national Internet Crimes Against Children Task Force program law enforcement database. It shows known traffickers of child abuse imagery in the state of Minnesota. Red dots indicate clusters of computers seen by law enforcement engaging in these crimes during a one-month period. 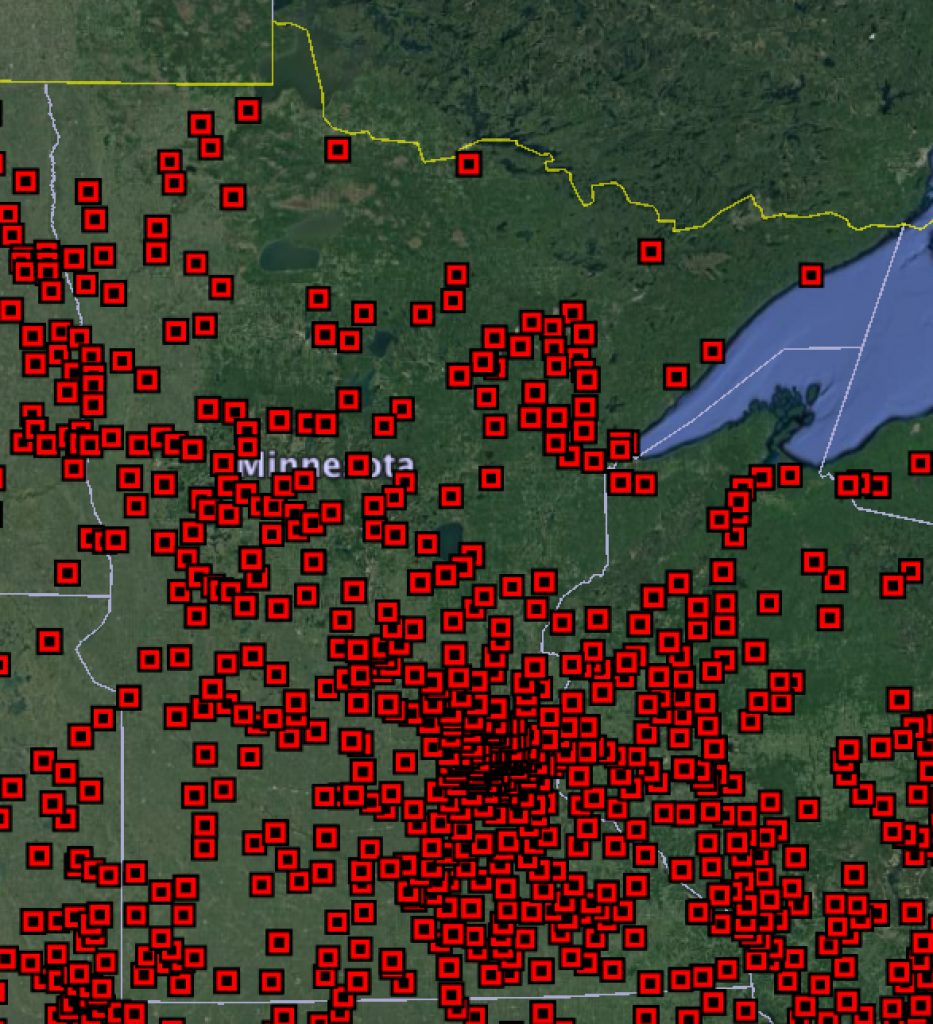 You can find these crimes on the Minnesota law books here:

Use of Minors in Sexual Performance (production and commercial)
Possession of Pornographic Work Involving Minors (distribution and possession)
Solicitation of Children to Engage in Sexual Conduct; Communication of Sexually Explicit Materials to Children

Sex Trafficking crimes in Minnesota include five separate offenses (see “About the Data”). These include solicitation, inducement, and promotion of prostitution in the first and second degree; and housing individuals engaged in prostitution. These crimes include both adult and minor victims.

You can find these crimes on the Minnesota law books here: