Minnesota laws call for significant prison sentences for rape and child sexual abuse. But in most counties, the majority of offenders are given probation and short jail sentences instead. Here’s how Minnesota counties compare when it comes to plea bargains and sentences for Criminal Sexual Conduct felonies*. 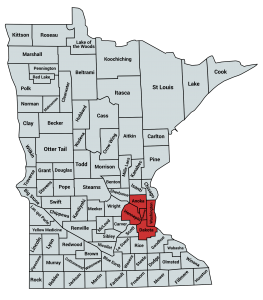 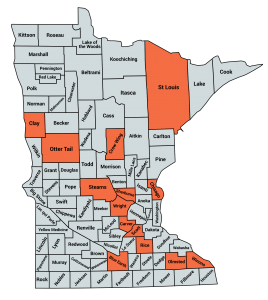 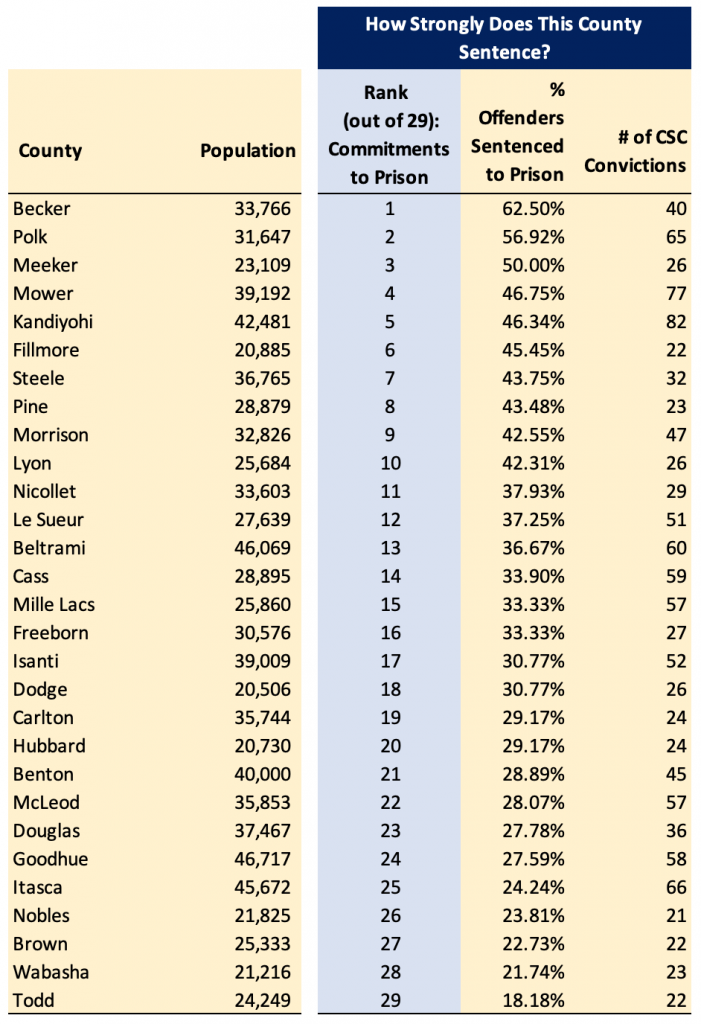 Counties Under 20,000 in Population 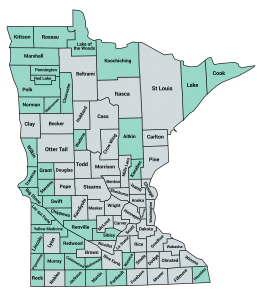 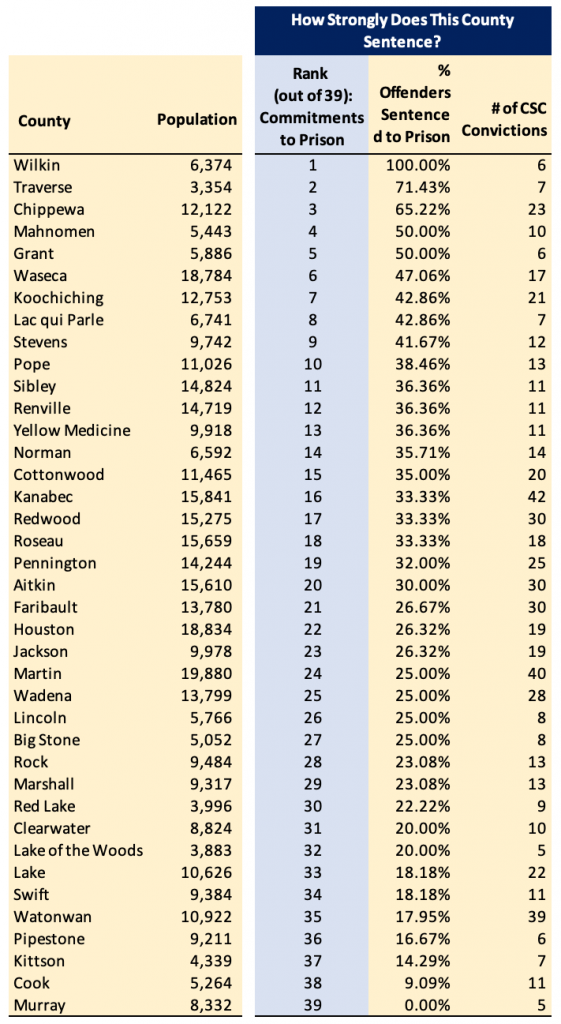 * NOTE: The tables above show sentencing patterns for Criminal Sexual Conduct. Because these crimes cover the largest grouping of sex crimes, including rape and child sexual abuse, we have used them as the strongest indicator of each county’s response to sexual violence crimes.